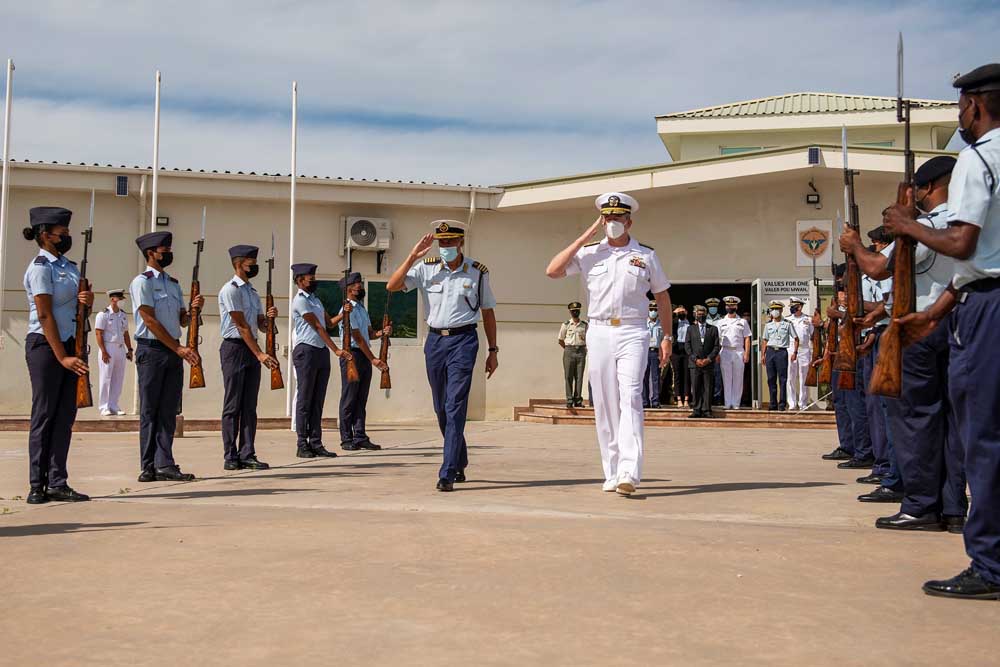 July 26, 2021: Exercise Cutlass Express 2021, sponsored by U.S. Africa Command and conducted by U.S. Naval Forces Africa, was launched at the Coast Guard Base in Seychelles on Monday, July 26.

Cutlass Express 2021 is designed to assess and improve combined maritime law enforcement capacity and promote national and regional security in East Africa.  It is a multinational maritime exercise that will take place in the vicinity of Djibouti, Kenya, Madagascar, and the Seychelles. U.S. forces work alongside Seychellois participants to increase their abilities to work cooperatively in dealing with challenges like piracy, drug trafficking, illegal fishing, and other illicit activities. The training will last for 11 days, until August 6.

“Along its almost 17,000 nautical mile coastline, with its crucial seaports, Africa depends on the ocean as a link to global trade and a vital source of economic development and livelihood. Thus, the core aims of strengthening partnerships, increasing maritime domain awareness, and leveraging regional security cooperation at sea are of utmost importance,” Rear Admiral Jeffrey S. Spivey, Director of Maritime Partnership Program for the U.S. Naval Forces Europe-Africa/Sixth Fleet, said during the launch ceremony of Cutlass Express 2021.

“Since its initiation, I can confidently say, that Cutlass Express exercise has been the most successful and highly anticipated multi-lateral exercise of its kind conducted in this region and in our country. This why, we have always looked forward to it, and ensure that we participate actively and support it to the fullest, and for that we remain forever grateful to the U.S military, the U.S. Navy Sixth fleet in particular, and the various European partners and collaborators, who have always ensured that we have a well-planned and well executed exercise. The theoretical training and the practical underway exercises plan for Cutlass 2021 will without doubt improve the capabilities of the participants and enhance interoperability between participating agencies and nations alike,” Lieutenant Colonel Jean Attala from the Seychelles Coast Guard said.