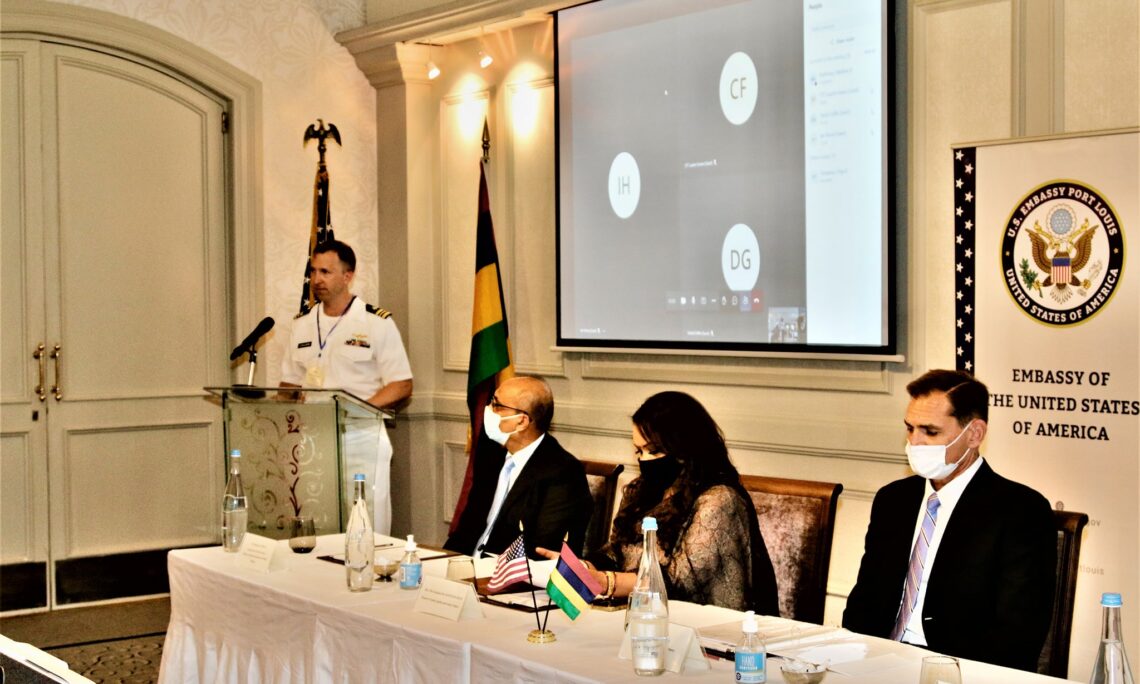 September 24, 2021: The U.S. Embassy Port Louis organized a workshop on the identification and care of victims of gender-based violence (GBV) and human trafficking in Mauritius from September 20 to 24, 2021. The workshop was led by four U.S. Army officers, who have expertise in gender- based violence prosecution and victim care. The team of U.S. Army facilitators participated virtually from the United States.

The workshop was officially launched on Monday, September 20 at the Labourdonnais Hotel in Caudan, Port Louis by U.S. Embassy Deputy Chief of Mission Thom Kohl and Minister of Gender Equality Kalpana Koonjoo-Shah.

The principal aim of the workshop was to improve government and local efforts in the identification and care of victims of GBV and human trafficking. The workshop will help strengthen the partnership between the police and prosecutors, monitor migrant workers’ employers to identify indicators of trafficking situations, and increase anti-trafficking coordination efforts among government agencies in the country.

During his remarks at the launch of the workshop, Thom Kohl said, “This workshop is important because it highlights the collaborative commitment of the United States and Mauritius to combat human trafficking in the Western Indian Ocean region. Both our countries are resolute in our commitment to end modern day slavery.”

This workshop was sponsored by U.S. Africa Command as part of its Women, Peace & Security (WPS) assistance program. The WPS program consists of a series of initiatives that aim to enhance African partner capability by focusing on gender integration, on the role of women in peacekeeping operations, and on gender-based violence.