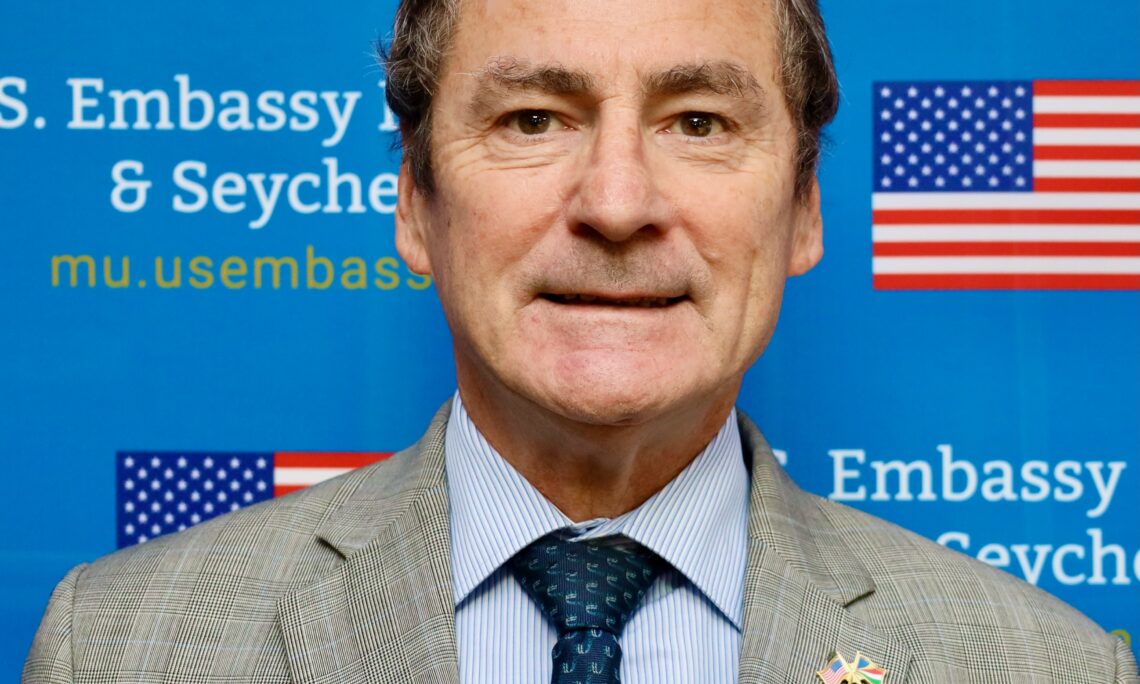 December 16, 2022: The U.S. Embassy to Mauritius and Seychelles is pleased to officially announce the arrival to the U.S. Office in Victoria of James Donegan, Counselor for Seychelles affairs.

Mr. Donegan is responsible for the United States’s bilateral and multilateral relationship with Seychelles, and focused on managing the expanding diplomatic, economic, and security-related policy priorities shared by the U.S. and Seychellois governments.

Mr. Donegan’s arrival as the Counselor for Seychelles is part of the U.S. government’s efforts to expand and strengthen the U.S.-Seychelles bilateral relationship, starting with establishing a more permanent presence in Victoria. “Seychelles and the United States share common goals of promoting peace, prosperity, and security in the Indian Ocean Region. I’ve been asked by the U.S. Secretary of State and State Department leadership to deepen our diplomatic engagement with Seychelles as we work in partnership to advance our common interests,” he said.

During his career, Mr. Donegan has received several prestigious awards for his service from the U.S. Department of State. He holds a bachelor’s degree in Electrical Engineering and an MBA from Manhattan College. He speaks English, Spanish and Italian. His wife, Susan, is a former British diplomat.