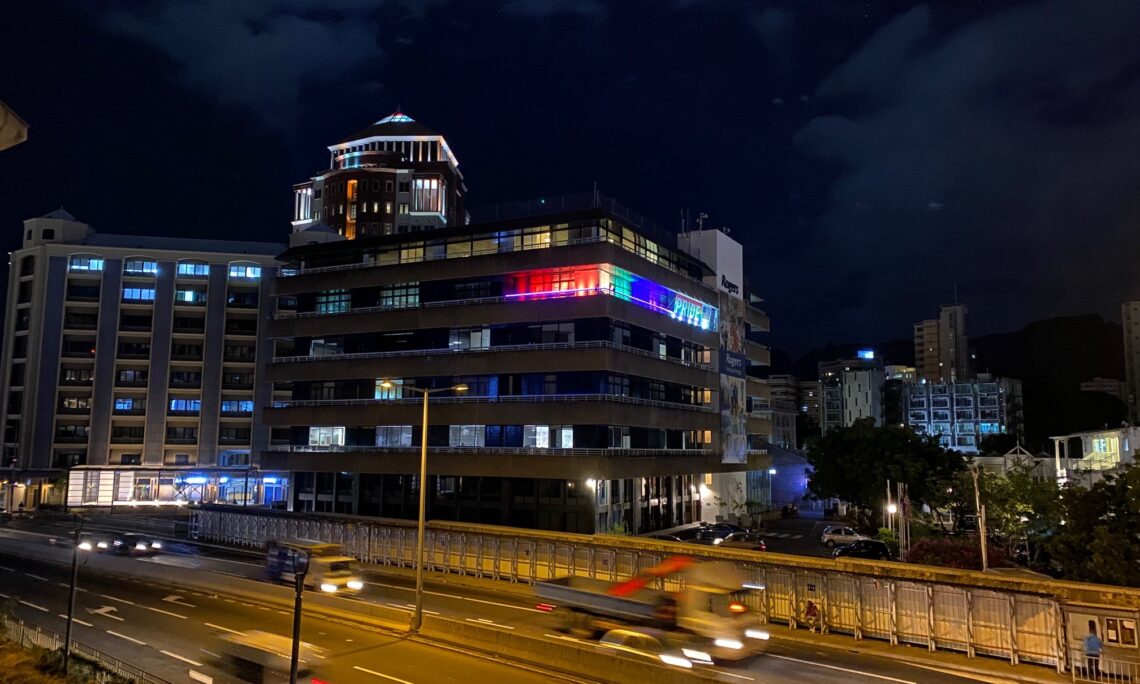 June 22, 2021: In celebration and recognition of Pride Month, the U.S. Embassy in Port Louis has illuminated the balcony with the symbolic rainbow colors in support of equality and LGBTQI+ rights.

Lesbian, Gay, Bisexual, Transgender, Queer, and Intersex (LGBTQI+) Pride Month is celebrated each year in the U.S. during the month of June to honor the 1969 Stonewall Uprising in Manhattan, New York. The Stonewall Uprising sparked a call to action for full equality for all members of the LGBTQ+ community.

U.S. Embassy Chargée d’Affaires Judes E. Debaere said, “The struggle to end discrimination against LGBTQI+ persons is a global challenge, and one that is central to the United States’ commitment to promoting human rights. This June marks 52 years since the Stonewall Uprising and five years since the deadly attack at the Pulse Nightclub in Orlando. This month also commemorates the sixth anniversary of the U.S. Supreme Court decision legalizing same-sex marriage in the United States. Pride Month is a time to recognize the global impact and contributions from LGBTQI+ persons, and the remarkable progress since Stonewall. But it is also a time to reflect on the challenges that remain. Ending hatred and violence against LGBTQI+ persons requires collaborative action from all of us. It is together that we will be able to build a safer and more inclusive society for all LGBTQI+ individuals. This Pride Month, the U.S. Government reaffirms its commitment to defend and protect the rights and dignity of all LGBTQ+ individuals around the world.”

The U.S. Embassy fully supports and applauds the commitment of organizations and citizens in Mauritius and Seychelles who are actively involved in the fight against discrimination and injustice, and the pursuit of equity for all.