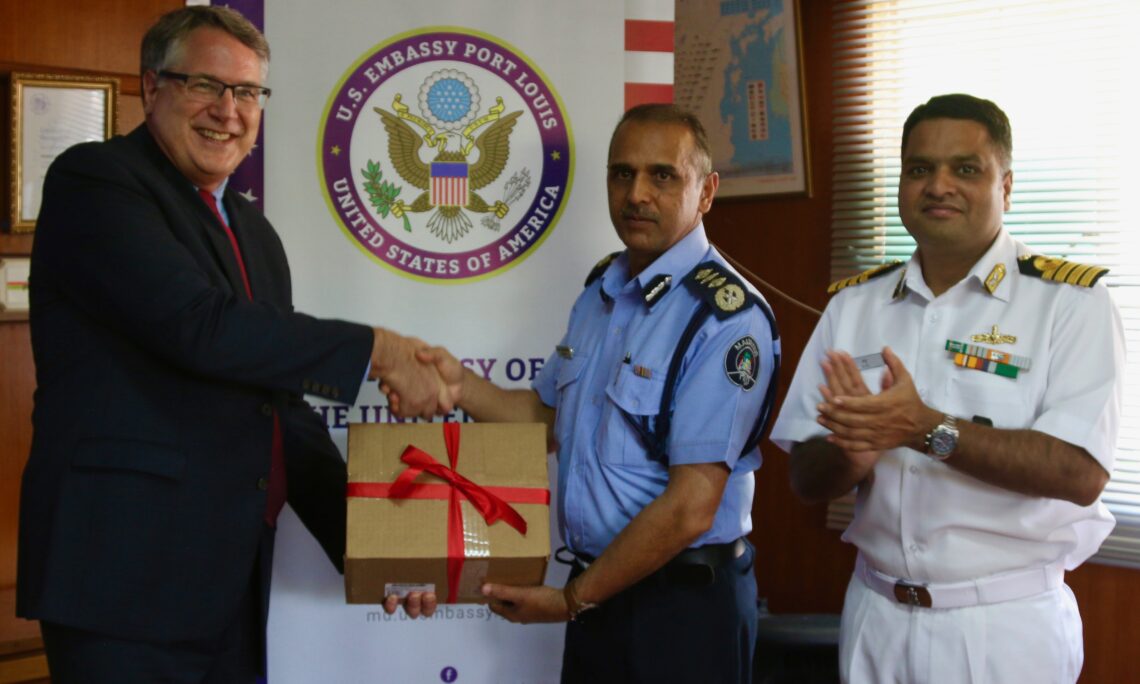 October 8, 2020: The U.S. Embassy in Mauritius and Seychelles donated nearly Rs 7.5 million worth of spare parts for the three Defender Class Fast Response Boats that the Embassy donated to the National Coast Guard in 2010.  In providing these parts, the United States is showing their commitment to sustaining a program they helped to start.  This donation has been made possible, and is funded, through the United States Department of State and the United States Department of Defense Foreign Military Financing (FMF) program.  The fast response boats are a vital piece in ensuring the littoral waters around Mauritius remain secure.

In his remarks, Ambassador David Reimer told the audience that “This donation is important because it embodies our mutual commitment to a safe and secure maritime environment in and around Mauritius.  In today’s world, maritime safety and security are enjoyed by those who are committed to the hard and oftentimes dangerous work of surveillance, patrol, and interdiction.  As maritime practitioners like yourselves know well, this work requires specialized tools like the ones provided in this shipment.  These parts represent our commitment to ensuring maritime safety and security in Mauritius.”